The Competition Authority Imposes a First-Ever Fine for “Excessive Pricing”

On December 12, 2022, the Competition Commissioner, Michal Cohen, informed MBI Pharma Ltd. (“MBI“) that the price set for the life-saving medicine, CDCA Leadiant (“Leadiant” or the “Medicine“), is an unfair excessive price, thus deciding to impose on MBI a NIS 8 million monetary sanction, as well as further sanctions on two MBI’s officers, totaling NIS 614,000 each. This decision of the Commissioner joins a series of similar decisions of competition authorities in the Netherlands, Italy and Spain on the price set for the Leadiant.

MBI exclusively represents Leadiant Biosciences Ltd. (“Leadiant Company” or the “Manufacturer“) in Israel, and serves as the exclusive distributor in Israel of Leadiant, a vital drug, used to treat CTX, a genetic incurable disorder. Patients diagnosed with this disorder are required to administer the Medicine daily and continuously throughout their lives.

In 2018, following the registration of the Medicine by the Manufacturer in Europe as an orphan drug, MBI registered Leadiant as a specific drug for the treatment of CTX in Israel, and since then, pursuant to the regulation of the Ministry of Health, no other drugs for treatment of CTX could have been imported to Israel, with very few exceptions. In practice, apart from the limited unsuccessful imports of the alternative drug named Chino in the years 2016-2019, there was no alternative to Leadiant on the market. Therefore, according to the Competition Authority’s view, since July 2019, at the latest, MBI had a monopoly on the Medicine supplies.

In order to examine whether the price set for the Medicine was an excessive price, the Competition Authority applied the “comparative test”, comparing the price of the Medicine to the price of the drug named Xenbilox, originally meant to treat another condition, however, containing the same active ingredient, and therefore, provided to the CTX patients. Xenbilox was also manufactured by Leadiant Company and exclusively sold and marketed in Israel by MBI, until it was replaced by Leadiant. Xenbilox was, therefore, chosen as the basis for comparison, as the Competition Authority found that there is no substantial difference between the two drugs, in terms of their ingredients, efficacy and safety, method of administration, dosage and the method of obtaining a prescription. Furthermore, according to the findings of the Competition Authority, sales of Leadiant in Israel did not require any new marketing arrangements or costs, nor did they expose MBI to any particular risks. Moreover, MBI itself viewed both drugs as similar, thus presenting them as similar drugs to third parties. The Competition Authority’s review revealed that Xenbilox was sold since late 2014 for NIS 8,100-16,700 for a pack, as opposed to the price of Leadiant that was hundreds percent higher amounting to NIS 48,000 per pack. Even after the Medicine became part of the “Healthcare Basket” in January 2020, its price remained high, amounting to NIS 32,000 per pack, which is by hundreds percent higher than the price of Xenbilox.

In applying the “gap between the price of the product and its cost of production” test, it was found that the marketing margin, namely, the margin retained by MBI after the payment of costs of the Medicine’s purchase to the Manufacturer, was significantly higher in the Leadiant marketing period compared to the Xenbilox marketing period, without any economic justification. The Competition Authority’s review also revealed that the Medicine’s production costs do not have implications on the costs borne by MBI, namely, the marketing and distribution costs. In this respect, the Authority denied MBI’s claim that its Medicine purchase costs increased, emphasizing that under the agreement with Leadiant Company, the payment for the Medicine increased in direct correlation to the price MBI set for the Medicine in Israel. Moreover, the Authority held that even if there is some difference between the two drugs, reflected in higher production costs of the Leadiant (a claim that was not proven), this should by no means justify the increase in the marketing margin, which is not affected by the production costs.

MBI argued that the price for Leadiant was achieved through negotiations held between MBA and the HMOs and the Ministry of Health and with their consent, and thus, it cannot be determined that MBI was the one to “set” the unfair price level. This claim was denied by the Competition Authority, since such an interpretation would unduly reduce the excessive pricing cause of action exclusively to cases where the buyer has no bargaining power whatsoever. The Authority thus determined that monopolies may also set prices of their products through dialogue and bargaining between the parties. This claim was also denied on factual grounds, holding that the bargaining power of the HMOs was extremely limited given the lack of alternatives to Leadiant and inability to abstain from buying the Medicine entirely.

In examining the fairness of Leadiant’s price, the Authority based its review on the balance of power between MBI and the consumers, concluding that there is strong demand for Leadiant and lack of alternatives for the patients. Additional considerations by the Authority were MBI’s position as dominating the market; direct damage to the consumers (HMOs) caused by the high prices paid; high barriers to entry, which are almost insuperable given the regulatory constraints; and finally, MBI’s attempt (trough the Ministry of Health and the judiciary system) to prevent sales and marketing in Israel of a competing drug named Chino. The Competition Authority did not find any justification for the excessive pricing of the Medicine, such as innovation or assuming special risks on MBI’s part.

The Competition Authority denied MBI’s claim that due to the pharmaceutical price control mechanism, there is no room for enforcement by the Competition Authority. The Authority is of the opinion that the existence of an industry regulator in itself does not constitute a barrier preventing enforcement in unfair excessive pricing cases. The Authority also pointed out that the control mechanism applies to prices at which the drugs are acquired by the pharmacies and private customers, and its relevance to the institutional price paid by the HMOs is limited, adding that the “quotation mechanism” underlying the control was not effective, since it relied on quotation prices in other countries, where it was also found that Leadiant has been charging excessive prices for the Medicine. Finally, the Authority added that its intervention was also justified given the fact that the Ministry of Health was the one to reach out to the Competition Authority, asking it to address the unfair pricing charged by MBI, after exhausting all the measures taken by the Ministry without being able to resolve the unfair excessive pricing set by MBI.

In terms of the severity of the violation, although the number of the relevant patients is relatively small, the Authority held that allocating the pharmaceutical budget by the HMOs to purchase Leadiant at the excessive price that was set, could harm the entirety of the HMOs’ patients in terms of the scope, the variety and the quality of medications, services and equipment the HMOs could have provided their patients. Therefore, this constitutes, de facto, damage caused to the entire population of Israel. In this regard, it is worth mentioning that according to the data appearing in the decision, the total annual cost of purchase of the drugs by the HMOs, for the entirety of the CTX patients, apparently amounted to approximately NIS 20 million. The amount is not negligible, however, considering the massive budgets of the HMOs and the State’s share of those budgets, it does not seem that the above amount constituted a considerable part of those budgets. Therefore, it seems that the Authority’s position reflects the principled stance with respect to the degree of severity of excessive pricing, biting into the State budgets, as opposed maybe to private entities.

This is a first-ever monetary sanction imposed in Israel due to unfair excessive pricing, and as such constitutes a precedential decision. Nevertheless, apparently, the decision addresses an extreme case, “eye catching” in all aspects:  the nature of the product – a single drug used to treat a severe incurable medical condition; the degree of excessive pricing – hundreds of percent higher; the parties injured by the excessive pricing – HMOs and, in fact, all of their patients. Therefore, the Competition Authority’s enforcement measures in the cases of excessive pricing should be followed to see whether such measures would remain exclusive to such exceptional cases as above. 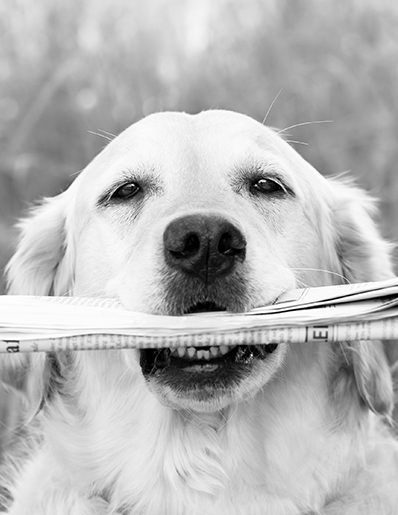